↓
Home→Blog→Death on the streets of London, a poignant 18th century mystery 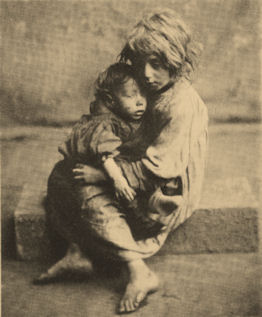 Preparing records for our website SynagogueScribes  consists of several operations. First comes the transcription of the original. This is followed, in turn, by the transliteration \ translation of the Hebrew content; the conversion of Hebrew Dates into Civil dates; the quest for identification of individuals, followed by additional research, including linking to persons already on SynagogueScribes or its sister site CemeteryScribes ; finally the creation of an XL database and uploading onto the website.  All of these tasks take time and require a great deal of  concentration and patience, an enquiring mind. and helpful, knowledgeable friends.   Rarely do they demand an emotional response.  But two stark lines in our current work on the Ducking Pond Lane Burial Register (DPL) touched us deeply.

The records, which occur on the register page for the year 5550 (1789/90), consist of the month (Shevat\January) and two words ‘Shnei Kaddishim’.  Uncertain of the exact meaning, we wrote to the Professor, one of our most helpful and most knowledgeable friends, and our patient advisor in all matters relating to Hebrew translations and their meanings.  He replied as follows:

A Kaddish is a male child, usually young; in Yiddish the term is sometimes the diminutive Kaddishel. The term derives from the custom that a son says Kaddish for his departed parent. So once a couple had a male child, they had a Kaddish/Kaddishel, someone who would say Kaddish for them.

I note that these two unfortunates are un-named and died in Shevat =January/February, in the winter. They were probably two Jewish waifs of unknown parentage who perhaps froze to death.

I remember seeing a similar entry in the records at the Mormons of the burial of un-named siblings, a girl and two boys, if my memory serves me.

Two deaths among the thousands we have recorded, but the mind’s picture of these two unnamed children, dying, huddled together on the cold streets of London, cannot help but arouse an unaccountable sense of sadness and loss.  And incomprehension,

How could this have happened?  Why were they out on the streets of London in the depth of winter?  Why did no-one from these close-knit communities give them shelter, if only for the night?  Where were the Community Elders?  The Constables? The Benevolent Societies?  Ultimately, the Community did right by them: the two waifs were buried under Jewish rites in a Jewish burial ground rather than suffer the ignominy of a communal pauper’s grave in unsanctified ground.

And we must hope that someone said Kaddish for the Sheni Kaddishim.